If you or someone you know has been diagnosed with chronic kidney disease, or CKD, here’s something that might scare you: according to the National Kidney Foundation, up to 85 percent of people with CKD aren’t aware they have it because early stages of the disease don’t present any symptoms. Plus, there are no tests currently available to detect CKD in its earliest stages – not even blood tests or urine tests – until it has already progressed to an advanced stage and kidney damage is irreversible.

How common is chronic kidney disease?

Chronic kidney disease is surprisingly common, affecting an estimated 37 million adults in the United States—that’s 1 in 7 people. The risk of developing kidney disease increases as we age, and those with diabetes or hypertension are at even greater risk. Despite these numbers, chronic kidney disease often goes undetected until it’s quite advanced because it typically doesn’t cause symptoms until the damage is significant. And by then, it may be too late to treat the underlying cause.

Are conventional treatments for CHD effective?

There is no cure for chronic kidney disease (CKD), but there are treatments that can help. The most important treatment for CKD is to control the underlying cause, if possible. For example, if CKD is caused by diabetes, tightly controlling blood sugar levels can slow down or stop the progression of CKD. Other medications might be needed to treat other causes. Once diagnosed with CKD, some people need dialysis or a kidney transplant to stay alive. But these treatments do not always work and have serious side effects.

Research has shown that lowering high blood pressure and cholesterol levels in patients with chronic kidney disease can delay or prevent end-stage renal failure . A diet rich in vegetables, fruits, whole grains, low-fat dairy products, lean meats, poultry and fish is recommended. Alcohol consumption should be limited to one drink per day; smoking should be avoided completely. Unconventional herbal remedies should also be avoided because they could interact dangerously with prescribed medications used to treat CKD.

What other health problems might be related to CHD/CKD?

Hypertension and diabetes are the two most common causes of chronic kidney disease (CKD), but there are other health problems that can contribute to the development of CKD. Unhealthy lifestyle choices, such as smoking and excessive alcohol consumption, can damage the kidneys and lead to CKD.

Some medical conditions, such as autoimmune diseases and certain infections, can also cause CKD. And finally, certain medications, such as painkillers and some chemotherapy drugs, can also cause CKD. A person may be predisposed to developing CKD if they have a family history of the condition or if they have had an injury or illness in which their kidneys were damaged. Early detection is key when it comes to preventing progression of the disease.

Why is it so important to catch CKD early before it becomes irreversible?

CKD is a progressive disease, meaning it gets worse over time. And when it reaches the later stages, it can be very difficult to treat. That’s why it’s so important to catch CKD early, before it becomes irreversible. Once your kidneys are damaged, they’re damaged for good. So if you’ve been experiencing any of these symptoms– high blood pressure or diabetes, unexplained weight loss or anemia, extreme fatigue or dry skin– you should talk to your doctor about getting tested for CKD. Early detection could save your life! Early detection of Chronic Kidney Disease (CKD) is crucial in order to prevent further progression and more serious complications that may result from delayed treatment.

Early diagnosis allows physicians the opportunity to start intervention therapies which will delay and sometimes reverse kidney failure; as well as, prevent progression of kidney damage. However, by the time someone comes into contact with their physician, it may already be too late because significant damage has already occurred within their body. On average only 50% of those diagnosed with CKD live longer than 10 years after diagnosis due to complications such as increased risk for stroke and heart attack; bone thinning; anemia; frequent infections and higher risk for cancer . 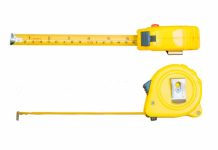